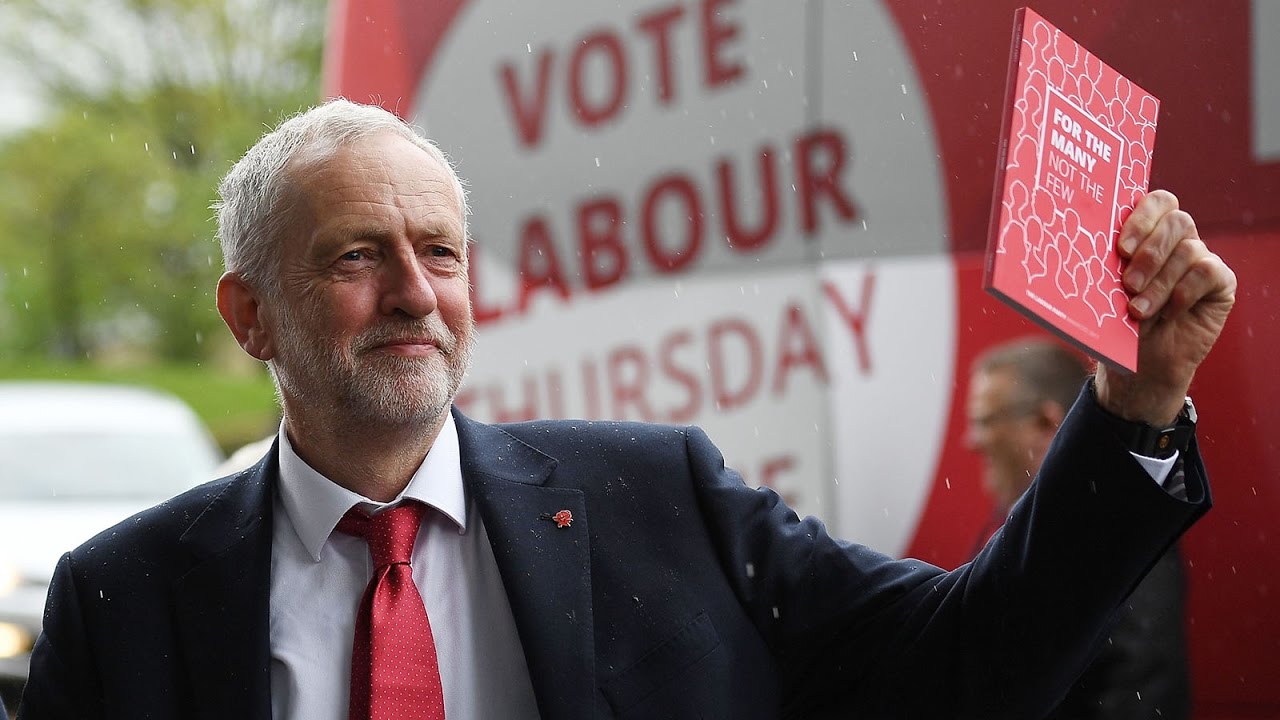 This was supposed to be a foregone conclusion, a landslide win for Theresa May and a drubbing for Jeremy Corbyn’s Labour.
But when the exit poll was released at 10 pm on Thursday evening it sent shockwaves throughout the British establishment that reverberated around the world. Yes, Corbyn didn’t win and yes the Tories remain the largest party, but this result has completely changed the landscape of British politics.

There can be no escaping the fact that Theresa May made one of the worst political calculations in political history by calling this election. Her opportunism has backfired in stunning fashion and she is now mortally wounded with the only question being when she leaves, not if. She has squandered the majority the conservatives had and if she lacked a mandate to implement a hard Brexit before this election, she certainly does now. From the very beginning of the campaign Mrs May’s arrogance led her to believe that she could ignore the people and the press and coast to victory, badly underestimating the campaign her opponents would run. She launched a manifesto which is universally regarded as one of the most disastrous in U.K political history, with her controversial policies on social care causing a furore and leading to a U-turn. Her response to the manifesto launch compounded matters, instead of showing contrition and admitting the mistake she insisted nothing had changed and sneered at the press when questioned on it. In response to the terrorism which befell the country she exploited the attacks to make a cheap smear claiming that Corbyn stated British people were to blame for the terrorism. Her reaction to the Manchester attack was as bad, calling for regulation of the internet which angered tech experts.

Now for the 2nd year in succession, the Tories who are absurdly regarded as a party which is responsible has brought major instability to the country. To make matters worse, their desperation for power and what they will resort to get it have been laid bare to the public. Mrs May’s immediate instinct was to make a deal with the DUP, having no regard for the implications both for her party’s long term interests, but more importantly the interests of Northern Ireland and the peace process. The DUP who are infamous for their regressive social views, and ties to loyalist paramilitary groups may not drag England backwards when it comes to social rights, but the optics look terrible, and this may be the latest in a long list of political miscalculations from Theresa May. All throughout the campaign May and the Tories depicted Corbyn as a terrorist sympathiser, and that a vote for him would potentially bring a coalition of chaos. Now it’s the Tories who find themselves once again creating chaos and dependent on a party which has a history of supporting terrorism. For once and all this election has shattered the myth that conservatives are a party of stability and responsibleness.

When this election was called Corbyn and Labour found themselves in a hopeless situation. Polling was indicating not just a defeat, but a mauling. Enthusiasm was scarce, and Corbyn’s personal ratings were catastrophic. Anyone who had the temerity to suggest that this election could turnaround was dismissed and roundly ridiculed. But what has unfolded in the last two months has been something of a political miracle. The conventional wisdom is that campaigns are largely irrelevant and that public opinion rarely sees radical shifts in a short period of time. But this was not a normal campaign, and Jeremy Corbyn is not a normal candidate. His and Labour’s resurgence is one of the greatest fight-backs in UK political history. Despite the wobbles of May’s campaign it would have largely been forgotten if Corbyn wasn’t on his game ready to capitalise. From the moment he started the campaign his message was clear and firm, “for the many, not the few” a political slogan which perfectly encapsulated the contrast between the Tories and Labour. He advocated defending the NHS, investing in jobs and strengthening job security. His manifesto which was brimming with popular policies including banning zero hour contracts, plans to renationalise the railways and an increase in taxation on the ultra wealthy resonated with the British people and created enthusiasm among Labour’s base. Corbyn’s campaign was also notable for the amount of people he attracted to his rallies showing that his message really does have popular appeal.

Corbyn’s campaign wasn’t all plain sailing, on Question Time he struggled on questions pertaining to Trident and the IRA, and clearly the topic of security made him nervous. On Woman’s hour he forgot the figures to his childcare policy although in contrast to May he humbly apologised hours later. No doubt Corbyn has performed better than anyone expected during this campaign, but there are still areas where he can make major improvements.

Those most loyal to Corbyn always insisted that despite the polls, once an election began and Corbyn was given a fair chance by the British media, that the public would respond well to him. This is precisely what has happened.
The media caricature of Corbyn as a man who is hopelessly incompetent, weak and an extremist fell apart once the public had a chance to listen to Corbyn over the course of a campaign.

The brilliance of Corbyn’s campaign was reflected in the fact Labour gained seats in Kensington and Canterbury. Canterbury saw a swing of more than 18% from Tories to Labour and it was first time Labour took the seat since before the 2nd World War. Kensington equally was extraordinary seeing a swing of 11% to Labour from Tories and it was the first time Labour took the seat. Their share of the vote increased from 30% to 40% a figure considered inconceivable only weeks ago. It was also Labour’s highest share of the vote since 2001 and the highest swing in share since 1945. But just as importantly, they also reduced the deficit in a number of constituencies turning them from safe seats for the Tories into marginals. Since the election Labour’s membership has increased by some 25,000 members; momentum is now fully with them.

Jeremy Corbyn has just increased Labour's share of the vote more than any other leader in any other election since Attlee in 1945 pic.twitter.com/CwcHzHZ04q

Bizarrely and keeping with the theme of this election, Scotland proved to be Tories saving grace. The SNP were widely expected to lose a few seats, but they had a disastrous night, reflected by the fact Westminster MP Angus Robertson and former leader Alex Salmond both lost their seats. Labour also saw a bit of a resurgence in Scotland but were always going to be held back by Scottish Labour’s fiercely unionist politics. What’s clear is the timing of Nicola Sturgeon’s call for another independence referendum was a big miscalculation. Over the last year, Nicola Sturgeon has made a habit of deriding Jeremy Corbyn as unelectable and that he won’t get anywhere near Downing Street so it is deeply ironic that the reason Corbyn isn’t sitting in Number 10 this week is because of the SNP’s bad performance in Scotland.

Perhaps the only ones who came out of this election looking stronger than Jeremy Corbyn were YouGov and Survation. While the outcome took many by surprise, the fact of the matter is that according to certain polls it was far from inconceivable that a hung parliament would occur. Weeks before the election YouGov predicted a hung parliament and gains for Labour, leading to derision and declarations that come the result Yougov’s reputation as a reliable pollster would be toast. In addition, Nate Silver, the much-maligned US statistician cautioned that the polls giving May such a sizeable majority may not be taking into consideration the different factors in this election compared to previous ones. And finally, Survation on the eve of the election, when all polling looked grim, stated Labour was only one percentage point behind the conservatives. Survation unlike some of the other pollsters refused to herd, and stuck by their projection, basing their confidence on the fact that the model they were using accurately called the last election which left them ruing their decision not to publish it.

Now that Corbyn has outperformed and exceeded expectations, ambitions will now be higher. He is now in the strongest position since his leadership victory almost two years ago. Many MPs who doubted whether he could gain seats in a general election have conceded they got it wrong. This result will embolden Corbyn and the Labour left but also hopefully unify the party behind them and lead to the kind of stability within a party that is conducive to general election success. But most importantly what Corbyn has done has brought hope back to British politics, and created a sense that there is another way, one that is fairer and just. Considering where he found himself no more than two months ago, that is an incredible accomplishment.