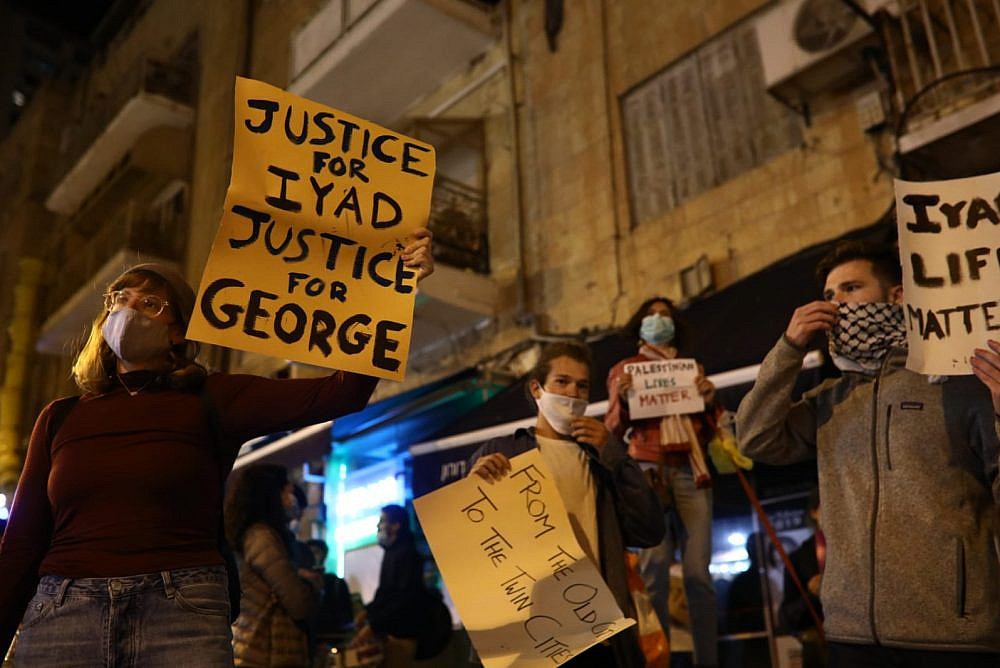 This week we remember George Floyd and Iyad al-Hallak both killed due to racism and hate. Such incidents are sadly no deviation, both the US & Israel have been inflicting injustice on these communities with impunity for much too long.

The Black Lives Matter movement has had my unwavering support since its welcome emergence in 2013, and current events have only reinforced how important it is to voice our support to a movement fighting for justice. It’s a movement that is characterized by resistance, courage and conviction. It’s a movement that in the end will win in its mission to liberate black people from the scourge of racism.

Equally, the plight of the Palestinian people has been something I’ve deeply cared about since I became aware of extreme IDF violence in the Gaza war of 2014. The occupation, the settlements, the constant killings and destruction of Palestinian property are all illegal under international law, and despite the Israeli propaganda that tries to deceive the world into thinking they’re a democratic state, anyone with a shred of moral integrity and honesty will see the Israeli state for what it is: A racist, colonial settler state.

The latest killing of an autistic Palestinian man just underscores the wanton disregard Israeli forces show for Palestinian life. Not only did they take his life, they terrorized his family by forcibly entering their home in search for a weapon they didn’t find and shouted obscenities at his sister. As we remember Iyad and think of his family, let us also keep sight of what is at stake here. This won’t be the last life lost to Israeli criminality, so we all need to do everything in our power to put pressure on those in power to hold Israel to account. I have raised this matter with a member of the Social Democrats and I hope the Irish government express their condemnation of this crime.

The terrible injustices inflicted on the Palestinian community and black community will not stand. The perpetrators of oppression always exhibit the arrogant notion that the tide won’t turn, but history teaches us that while always much too late, eventually it will turn. And when it does, it won’t be a moment too soon.

The scenes in America are not a surprise. It’s felt like widespread unrest like this been brewing for some time, with the reprehensible killing of George Floyd now bringing it to the surface. America is currently led by a brazen racist, who has emboldened white supremacists and the like. While black people and other minorities have been all too familiar with how unjust the country is because of their lived experiences, people from privileged groups have credulously believed the myth of a country that supports liberty and equality. The more videos that emerge, the more that people listen to the voices of black Americans, the more untenable that belief becomes. Now more than ever, in this definitive period we need do everything in our power to support black people. Donate if you can, write for them, read from black authors, make art for them, support their art, inform others of the scale of oppression inflicted on them.

“Injustice anywhere is a threat to justice everywhere”

Never look the other way. Always speak up for your black and Palestinian friends.

Every voice counts in the war against racism.